The Turfloop Graduate School of Leadership of the University of Limpopo is located at Edupark Campus which is located opposite the Peter Mokaba Stadium, which was one of the FIFA World Cup stadiums of 2010, in the city of Polokwane in the Limpopo Province.

TGSL was established in 1996 when the then Vice Chancellor of the “University of the North” signed an MoU with Baruch College and the New School of Social Research in New York City. Baruch intended to assist the University of the North with processes for the development of its own business school. The business school partnership fizzled out but resulted in the transference of the New School’s NGO training workshop methodologies to the University of the North which resulted in the establishment of the Development Facilitation and Training Initiative (DevFTI). Utilising the funds provided for by the New School in New York, the first South African NGO training workshops were held in 1997. The DevFTI programme attracted participation from Limpopo, East and Northern Cape, Mpumalanga, Kwazulu-Natal, Lesoth, Swaziland, Mozambique, Angoala, Democratic Republic of Congo and Rwanda. The workshops impressed the funders (Rockefeller, Mott and Ford Foundations) who provided further funds for more workshops and for the development of the Master Programme in Development (MDev).

With the establishment of EDUPARK Campus (a section 21 facilities management company of the University of the North) at Webster Street on the outskirts of Polokwane, DevFTI and the MDev programmes became located in the new campus. The establishment of the Graduate School of Leadership (TGSL) was then approved to house these three programmes and DevFTI on the basis that there would be no posts attached to it until it had proved its viability and on condition that it would become sustainable within two year. The Graduate School of Leadership was profitable in its first year through the large intake of students into the MDev progamme. The MBA and MPA programmes which were originally conducted in partnership with the University of Pretoria took another year to become viable. The new outfit was later housed as a School within the new Faculty of Management and Law and this is where it currently functions today.

The TGSL programmes are targeted at middle and senior managers in the various sectors (public service, civil society and corporate sector). The programmes are offered in a “block release” methodology allowing student to spend at week at the most at a given duration in Polokwane and at TGSL. 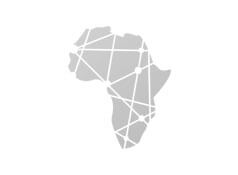 All african Schools and Universities in one place